Liberty Prime is a beautifully rendered ARPG in Unreal Engine and offers an authentic alternative to the dungeon crawler gaming experience and blends the dark fantasy world with the richness of dynamic hack 'n' slash gaming. Quick movement and even quicker use of spells will allow you to chain spells together to unleash devastating combinations against your enemies! At the end of the day though, it’s your skills as a player that matter most! Dodge, dash, hack, slash, and unleash fury on your foes!

From the very first level, Liberty Prime evokes a sensation of almightiness and provides powerful area-of-effect skills right from the start, making "Level Up" a truly thrilling and satisfying experience for players of all levels. Soon, co-op will be added, and players will be able to combine spells to create chain reactions, in order to overcome greater challenges.

You’re a former captain of a mercenary band forced to liberate 13 nations of the Drotus Empire in order to regain the lost "Glory". Your path will lead you on an epic and unexpected adventure with your companion, as you wander in this shattered world. Join the dark journey and experience overwhelming enemy encounters, diabolical hazards, and the unrelenting challenges. 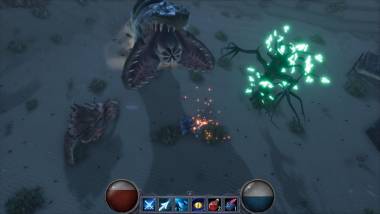 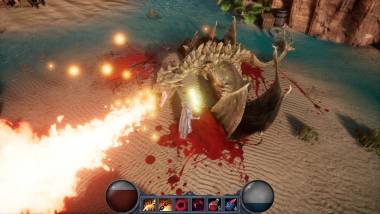