Could you manipulate and trick a complete stranger into saying what you want to hear?
Do you have the social hacking skills to steer a conversation?

Prank Call is a unique game where online players try to outsmart each other in a verbal battle of wits.
Players will be paired up against others as they try to trick each other into saying a secret word.

Originally released on the Xbox 360 Indie channel, Prank call was a smash hit and became one of the platform's top sellers.

Answer the call and see if you really are a cunning linguist. 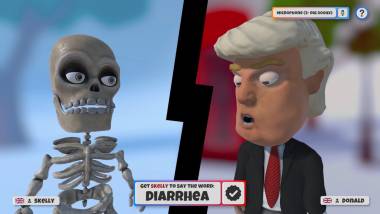