Game Play
Work as a team launching weapons, reading sensors, and repairing your ship. The Captain will pilot and manage operations. Crew will spend their time at stations reading sensors, flipping switches, adjusting knobs and repairing equipment. You must find the enemy using sensors and optics. Fog of War will develop as contacts are lost and ship management tasks become chaotic.

Assets
The Destroyer is first ship in Assets series. Our Submarine will be the second. It needs to be converted to multiplayer. Each new Asset will accompany game modes that interact with all previous Assets. An Asset will be published as separate DLC. You can play in games without owning all Assets.

Multiplayer
Multiple North American servers are running training grounds to learn Destroyer operations. You will be attacking submarine targets and avoiding torpedoes. The Flotilla servers offer Destroyer vs Destroyer games. A Player can captain a ship alone but it will be challenging to keep up with all duties. We have Crew Bots to fill empty slots when servers are quite. To organize a crew, we have a Discord server for meeting players, voice, and chat during game.

Crew
Captain
Owner of the Ship. Has controls to decide who will be in the crew and which battle group to deploy. Unable to operate any specialized stations.

Engineer
Able to operate any mechanically inclined station. Able to repair anything at a faster rate. Able to enter flooded compartments for repairs.

Expert
Able to use all stations. Able to operate all specialized equipment at 100% accuracy.

Pilot
Can fly any type of plane. Has no skills to operate any specialized station. 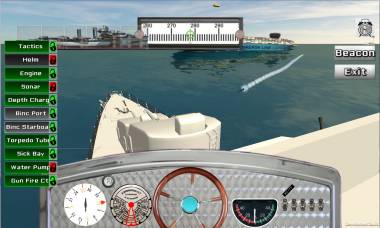 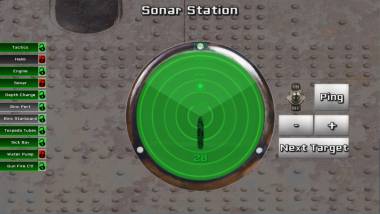